Tie break in tennis or “sudden death” is a term not many people know. If you have never played tennis before or if you are a beginner in the sport, this word will surely sound like Chinese to you. That is why we have decided to clear up this doubt so that those who feel impatient to find out, will finally discover it.

The only thing I will say to begin with, is that if a match reaches the Tie Break, the show is guaranteed.

So what is Tie Break? 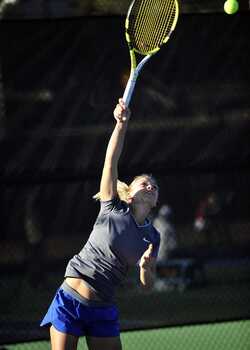 The “Sudden death” occurs when a tennis match reaches 6-6 in games in the same set and the winner of the Tie break, takes that set. Tie break is a kind of extra game played to uneven the match because of course, if a match reaches this level, as I said before, the match has to be exciting! That’s why people shake, sit on the edge of their seat, point by point, until the end of  “death”. I’m sure you’ve experienced that at some point. Now, NOT always these rules are used … be aware, and let’s get to what you came for.

As I warned you before, there is one exception, and that’s the Grand Slams. These are the famous tournaments of US Open, Roland Garros, Australian Open and the prestigious Wimbledon. In this case, all Grand Slams are best of 5 sets which means that the first one to win three sets will win. If you ever have the privilege of going to a Grand Slam and if the match you are watching also goes to a Tie Break… you will be watching the dream of any tennis fan, including me!

Let’s get on with it. It’s important to know that if a Grand Slam match reaches 6-6 in the first 4 sets, the Tie Break WILL be played but only on that occasion because if the match reaches the 5th set, apart from being a great match, the classic Tie Break will NOT be played.

So how does the match end? It’s simple, normal games would be played until one of the tennis players has a two game lead over his opponent. For example, a Grand Slam match could end yes: 17-15, that means the winner has won 17 games and the loser 15 and as you will see, wins with a difference of two games. Although these rules are changing…read on.

Would you like to know how exciting tennis can be? Here’s a video of a historic match to show you how long a fifth set can be in a Grand Slam. In this case, the Tie-break rules at Wimbledon.

What are the Tie Break Rules?

Before personally summarizing the rules of tennis to make it easier to understand I leave you the official rules of the Tie Break in tennis in case you are very technical.

And, what do you think the Super Tiebreak is?

The name is different, yes, but there is almost no difference from the traditional Tie Break. Basically, it’s a new rule that has officially introduced ATP.

The super tie break is different from the normal tie break as it is played to 10 points instead of 7 and is only played in a specific situation. The tie break will only occur in a best of five set match as the score must be tied 2 sets to 2 (2-2).

The super tie break is being introduced is several Grand Slams, such as the recent implementation of the super tie break in the U.S. Open, and because of the controversy, recently, the Wimbledon Grand Slam tennis tournament decided that a kind of super tie break will be applied in the year 2020 but in this case will be played when the match reaches 12 equal games (12-12) in the fifth set, from there, a normal tie break would be played at 7 points.

This means that those marathon tennis matches will come to an end like the John Isner VS Nicolas Mahut match you can see in the video above. A piece of advice, if you plan to play 11 hours of tennis like in the match in the video, make sure you have a strong tennis string as you will hit the ball thousands of times in that period of time, we don’t want it to burn out quickly.

Finally, you will have seen that there is not a big difference between tiebreak and super tiebreak. Simply, that it is played up to 10 points (except Wimbledon which will be different) and that it will only be played in the 5th and last set.

Tips to win a Tie Break in singles

When I play singles, I like to be winning immediately in the tiebreak. It takes some of the pressure off me and gives me a break. I know that if I can get ahead by 1 or 2 points quickly, my chances of winning the tie break increase.

For this reason, it is especially important that you play well during the first 3 points of the tie-break. Once you have a mini-break (winning the point on your opponent’s serve) then all you need to do is keep the serve in the tie-break and you win it.

If you are losing during the 6-point side change, take your time, drink water and slow down a little. Make your opponent wait for you and keep your body language positive so you don’t give your opponent confidence.

The tie-break is not much different than playing a game, except that you will alternate every other service. Focus on your strategy and stay consistent.

Often, being consistent in the tiebreaker is enough to win it, since your opponent is probably just as nervous as you are! Those nerves can make your opponent tense and make unforced errors.

Follow these tips and I guarantee you will be more likely to win the Tie Break, believe me, I know it’s not easy, but with a stable mentality you will succeed in tennis.

Tips for Winning a Tie Break in Doubles

Doubles are a team effort. You must be absolutely positive with your teammate throughout the entire tie break. There’s no room for error right now. Motivate your partner at every point.

You may want to shoot at the weakest player on the opposing team. If in doubt, hit that player. Keep working on your strategy.

If you are in a draw, play a little more conservatively, taking fewer risks. If you’re winning in the tie-breaker, you can risk a little more.

Serving well in doubles is more important than in singles. If you’re serving, relax a bit and make the first serve go in, rather than hitting a bump that you don’t know where it ends up if you don’t handle the racket well.

Only if you’re ahead by more than 3 points should you start serving big. Hitting the first serve will greatly increase your chances of winning the point.

If you’re new to tennis and wonder if you can remember its complicated scoring system, don’t worry. The more you play, the easier it gets.

After playing a dozen times, I had fully learned the tennis scoring system. If you play with a more experienced player, you can rely on that player to guide you.

I hope this article answers all your questions about the tennis tie break. If it didn’t, please leave your question in the comments section. Thanks for visiting my blog!

Did you learn something? If so, write in the comments. I hope you understood it well, and look at other articles in our blog, some of them are very interesting.