How long does a tennis match last? A complicated, unspoken question, but here we will resolve that question taking into account a large number of factors that will determine this result. Relax my friend, here we help you and you will also learn some curiosities that I guarantee you did not know before… read on until the end…

The basics, what is a set in tennis? How many games are played in each set?

Tennis matches will last more or less depending on these factors: 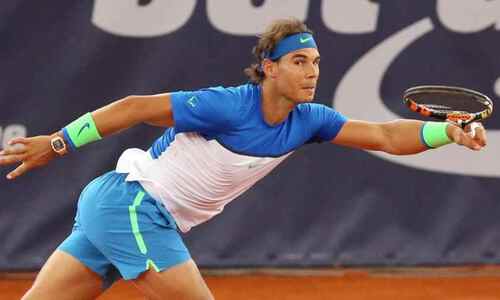 A tennis set is simply a repeated sequence of games in which the players change sides every odd number of games (1-0. 2-1, 4-1 etc) and alternate their serve at the end of each game. To win a set, you have to get to 6 games but always with a difference of 2 games over the opponent (ex 6-4) although the set can also get to 7 games (7-5) and finally, the most exciting thing, getting to the tie break when the score is 6-6, the first one to get to 7 points from there, wins the set. Do you understand better already?

But how many points does a tennis game have? How does scoring work in tennis matches?

Games in tennis are very short and winning one of these is not as easy as it seems, especially if you have a challenging opponent. To win a tennis game you need to win 4 points in a row if you don’t want your opponent to tie you and take a “white game”(win 40-0) The scores in tennis match games are as follows:

So how many sets does a tennis match have?

Did we answer everything? No, we still have to tell you how many sets each tennis match has. When you understand what I’m going to tell you now, you’ll understand the tennis scoring system much better and you’ll have a better idea of how long a regular tennis match lasts.

The first thing you need to know is that to win a tennis match you must know whether you are going to play the best of 3 sets or the best of 5 sets. Best of 3 tennis matches are like most Masters 1000, 500 and 250 or a lower category. However, best-of-five matches are played in the Grand Slams and the famous Davis Cup. 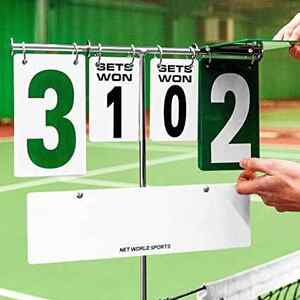 Let’s put it this way, if you were playing in a best of 5-set tennis tournament, your goal would be to win three sets before your opponent to win the match as long as your opponent doesn’t manage to tie you at 2-2 (two equal sets) which will then all be decided in the fifth and final set, the fate is set. It is important that you have at your disposal one of the best tennis strings this year to increase the strength on impact with the tennis ball. Score examples could be 3-0, 3-1, 3-2 (or vice versa).

On the other hand if you are going to play a best of 3 set tennis match you will have to keep giving it your all on the tennis court until you manage to win two sets before your opponent without caring if your opponent manages to win a set. You will see this better with an example: (6-3 3-6 7-5) you have won two sets and your opponent has won one.

To sum up, how long does a tennis match really last?

I already told you in the introductory part of this article that it’s not easy to approximate the length of an average tennis match because it depends not only on the skill of the players but also on the tournament and whether it’s a men’s or a women’s match.

Especially for Grand Slams and Davis Cup, since it is to the best of 5 sets, first to reach three sets is the winner of the match. If one of the players wins 3-0 at a normal pace, the tennis match would not last much more than 2 hours. Now, in the case of women, since they do not play 5 sets due to the tennis rules that do not allow them (this may change), a best-of-3 match may last between 1 and 2 hours. I leave a wide margin as it depends a lot on whether you play only two sets or whether you play 3.

Generally, best-of-five matches can last up to 5 hours on average, although this varies greatly. And as you must know, in every approach there are exceptions like the emblematic and famous tennis match played by Nicolas Mahut and John Isner in the 2010 Wimbledon tournament that lasted over 11 hours. This was the longest tennis match in history.

Do you want to know how they ended up and how the winner reacted? Watch this video to see this unique and impossible match to repeat due to the new rules implemented in the Grand Slams that you can see here.

I invite you to comment if you already understand the tennis scoring system better and if you already know how long a tennis match can last. I’m sure you’ve been surprised by the 11-hour match, it was a real thrill. Keep learning tennis, become an expert and your game will progressively improve. Good luck.